Cassie is teasing her baby bump! This week, the 32-year-old singer posed a question, asking fans when she should show off her belly. 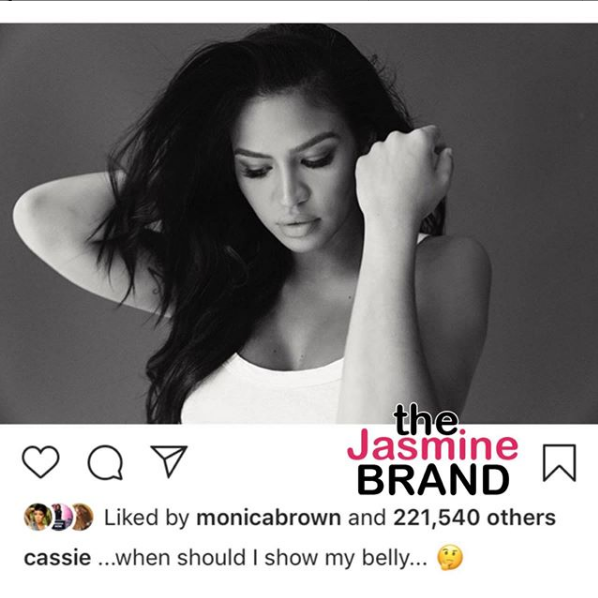 In a recent interview, she opened up about her pregnancy and how motherhood has already changed her.

“My priorities have absolutely changed, not just for creating an amazing future and life for my daughter, but because I want her to be proud of me. I’ve heard people say that they’re nervous to raise females in today’s world, but I’m excited! I can’t wait to see her grow, learn and challenge the world right back!”

Cassie and boyfriend Alex Fine announced that they were expecting their first child together in June. Both penned sweet messages. Cassie’s long-term ex Diddy even chimed in congratulating the pair. Cassie and Diddy are said to have split some time last year. Cassie and Alex went public with their relationship last December. No word on when Cassie will make the big reveal, but based on this social media post, it’ll likely be in the near future.