Roc Nation, the entertainment company founded by Shawn “Jay-Z” Carter, is entering into a multiyear partnership with the NFL to enhance the NFL’s live game experiences and to amplify the league’s social justice efforts. League commissioner, Roger Goodell told the New York Times earlier this week that the NFL is looking to put itself in the best position moving forward. He says, 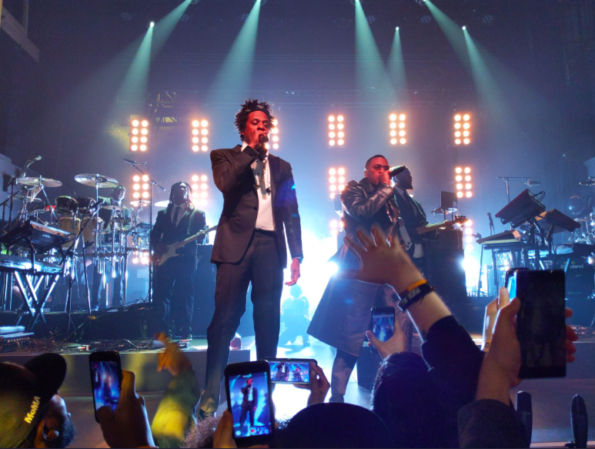 With the likeness of Jay-z and his Roc Nation, which represents the likes of Los Angeles Rams running back Todd Gurley, the rap and music mogul looks forward to potentially making a difference in the league. He said in a press release,

“The NFL has a great big platform, and it has to be all-inclusive. They were willing to do some things, to make some changes, that we can do some good.” 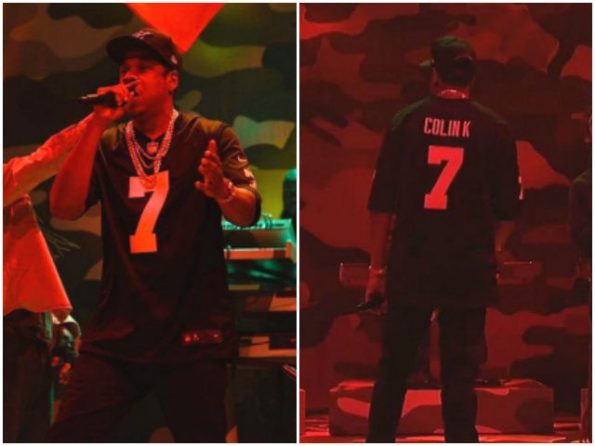 As the NFL makes small progress with more social justice issues, sports journalist Jemele Hill says she is very interested in knowing if former NFL quarterback, Colin Kaepernick will have any involvement with the new partnership.

“If Colin Kaepernick isn’t part of this, I’m not sure how to feel about this. Very curious about these details.” 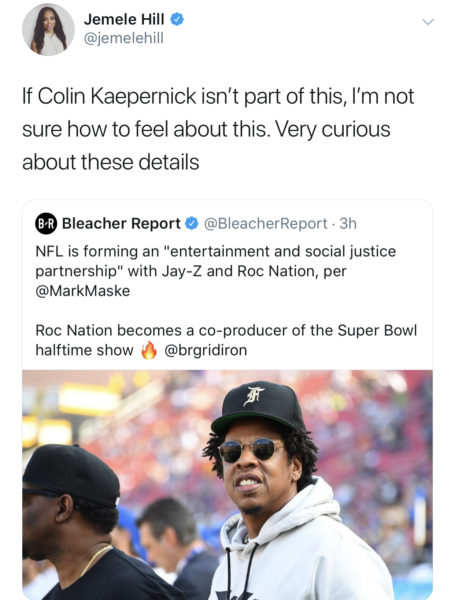 Back in 2017, Jay-z reportedly turned down an offer to performer in the Super Bowl halftime show in honor of former NFL quarterback Colin Kaepernick. Soon after, Jay-z spoke with CNN’s Van Jones touching on Kaepernick decision to stand up for social Justice. He tells Jones in 20818,

“We confuse the idea of having a job with fulfilling your purpose.”

Interestingly, while standing his ground with supporting Kaepernick and his protest against racial injustice and police brutality, Jay-z sent a strong message to the NFL on he and his wife’s collaboration song for “Apes–t,” regarding his decision,

“I said no to the Super Bowl: You need me, I don’t need you. Every night we in the end zone, tell the NFL we in stadiums too.”

What are your thoughts on Jay-z partnering with the NFL? Let us know in the comments!