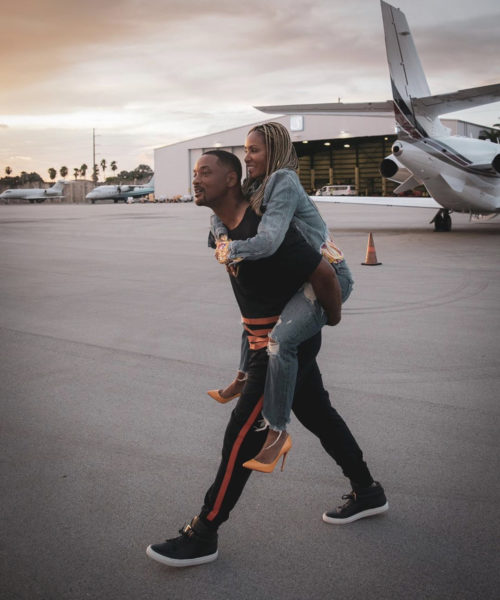 While on the go, actor Will Smith and wife Jada Pinkett-Smith share a #CoupleGoals moment while walking on a private jet lot. In the photo, Will carries Jada on his back while securing her legs and with a smile, she holds him around his shoulder. The actress writes,

“When your feet hurt.” 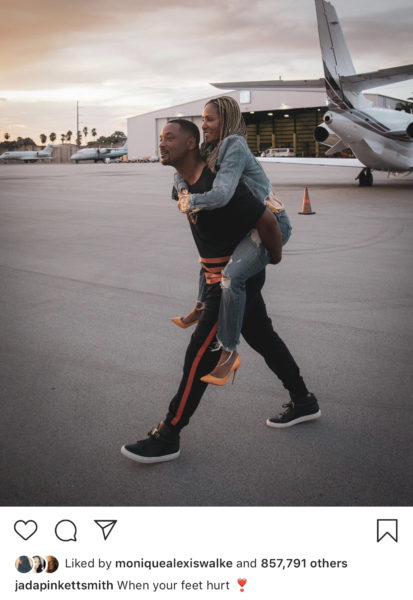 ”Why y’all matchin like y’all goin to sea world or sumthin.” 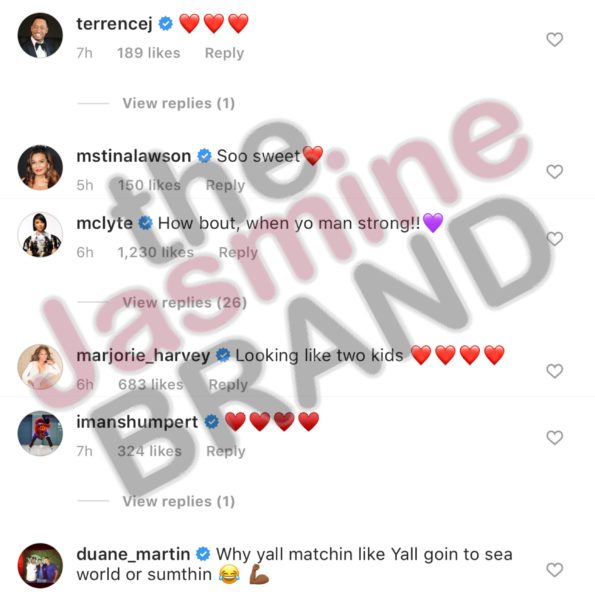 As previously reported, Jada explained why it was important for Will to make an appearance on her Red Table Talk show and give fans the reality about their relationship and marriage in general.

“What was really important about Will and I doing that show together — two things — first of all was to get rid of the idea that people in the public eye have perfect relationships. We were kind of sick of living up to that. We were real sick of it.” 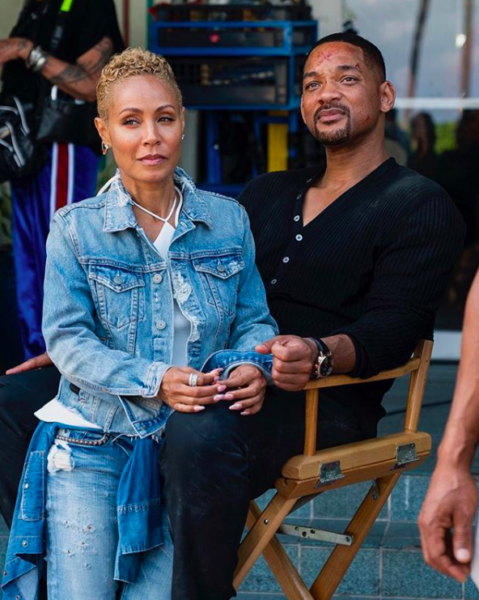 “And also Will being the successful guy that he is and being willing to share what his pitfalls were in the relationship and in his family, you can’t imagine how many other successful men called and said, ‘Wow, my wife has been saying the same thing for years. Because you said it, it opened my eyes and because you said it, now I’m willing to listen.’”

Will and Jada have been married for over 20 years, Will shared how he a few onlookers staring at her. Check out a cute throwback moment of the Smiths’ backstage.